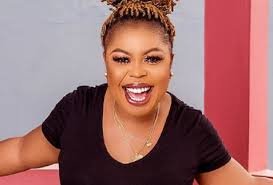 The controversial comedienne delights in other people’s downfall as she is found mocking and teasing celebrities in her instalive videos.

The latest victim of the self-acclaimed queen of Ghana is the aggrieved customers of Menzgold, who frustrations grow each day as the government refuse to hearken unto them.

Read Also:  [VIDEO] I Have Never Charged Anybody a Penny For My Performance - Aro Dan Adjei Shockingly Reveals

READ ALSO; Selfishness or Greediness; Becca Follows Only Her Husband on Instagram

Recently Bulldog was arrest for his words towards the president and this action made some angry MenzGold customers who lost their money to the company voice out to protest against the president’s actions.

Afia Schwarzenegger recently posted a video of herself as she addressed the issue concerning the state and MenzGold customers.

Read Also:  I Want To Have 10 Kids - Zionfelix Reacts After Welcoming 2 Babies With Different Baby Mamas

She disclosed that the customers of the company should voice their anger on the owner of the company known as Nam1 rather than showing their frustrations on the president.

Selfishness or Greediness; Becca Follows Only Her Husband on Instagram