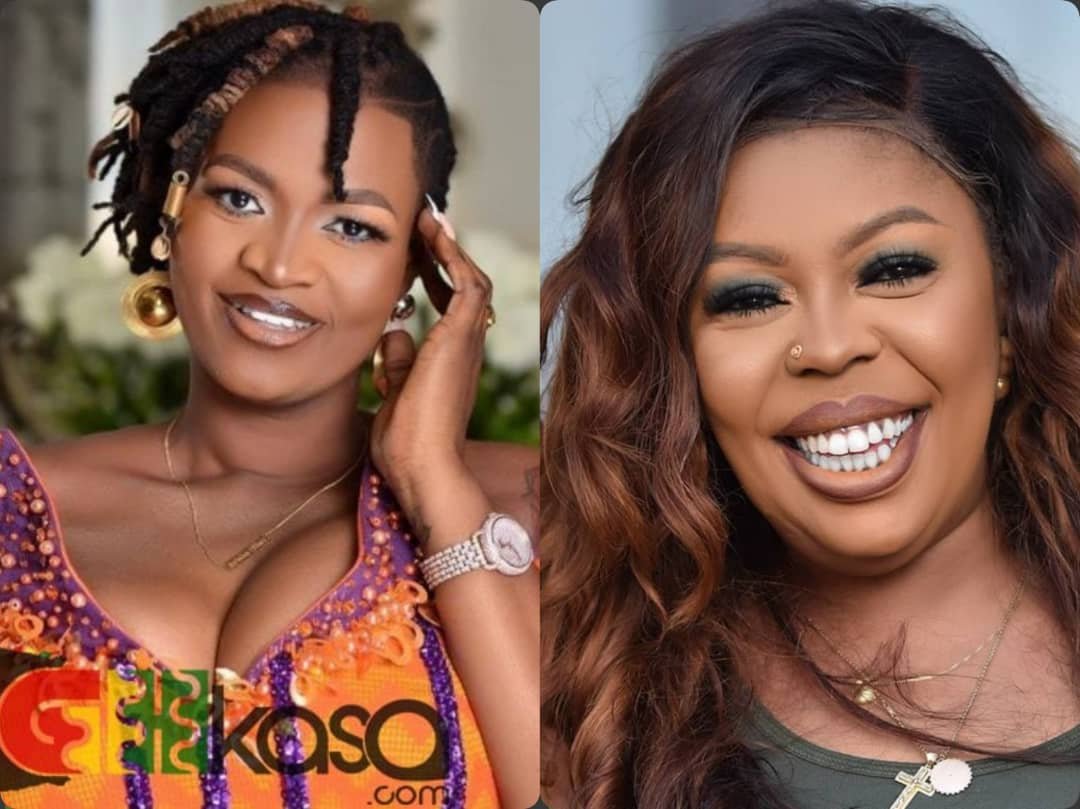 Ayisha Modi popularly known as She Loves Stonebwoy, has taken to her official Instagram page to share screenshots of money she sent to Afia Schwarzenegger.

Following their ongoing beef, Ayisha Modi proved that indeed, she has been sending Afia support once in a while.

To make her case, therefore, she shared a screenshot of a transaction of GHC2,000 sent to Afia Schwar.

In a series of videos, Ayisha Modi alleged that Afia Schwar was leveraging on her daughter, Pena, to take money from people.

Prior to releasing the screenshot, Afia Schwarzenegger claimed that the only time Ayisha Modi gave her money was during a party.

According to Schwar, she did not even spend the money but used it to prepare a surprise package for Ayisha on her birthday a few days ago.

Afia Schwar went on to dare Ayisha Modi to release any information be it audio or screenshots she had on her.

After posting the screenshot of the momo transaction, Ayisha Modi captioned it: “businesswoman. God should save that poor lil girl pena . Afia is using her for business. Part 1”

Modi, on the other hand, made a lot of other unfounded allegations about Afia Schwar stating that the latter always begged for money from her colleagues in the entertainment industry.

Earlier, the BHIM Nation fanatic took a swipe at the TV and radio media personality in a new video seen on Instagram.

Ayisha Modi alleged that Afia Schwar wanted to get her to join an occult group.

While driving in town in the USA, Ayisha Modi claimed that Afia Schwar came to her house at 3 am to ask her to join an occult group.

God Has Been my Manager Since and I’m Impressed; Fameye Throws Jab at OgidiBrown After Mutually Parting Ways