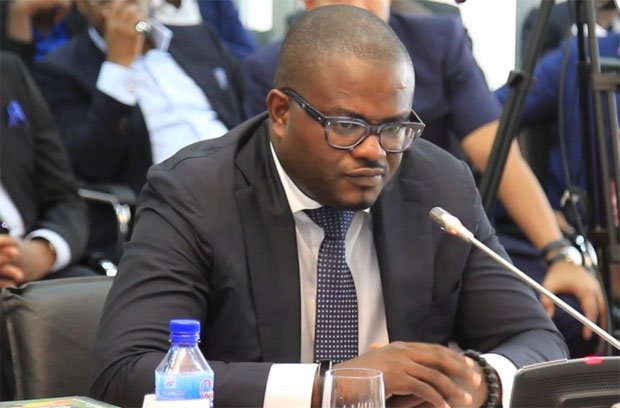 Charles Adu Boahen, the minister of state in the Ministry of Finance, has been fired by President Nana Addo Dankwa Akufo-Addo.

Charles Adu Boahen’s position as the Minister of State in the Ministry of Finance has been canceled by the President of the Republic, Nana Addo Dankwa Akufo-Addo, with immediate effect.

When the President learned of the accusations made against the Minister in the exposé “Galamsey Economy,” he spoke with Mr. Adu Boahen and decided to resign from his position as well as refer the situation to the Special Prosecutor to conduct additional research.

In a statement released on Monday, November 14, the Director of Communications at the Presidency, Mr. Eugene Arhin, stated that the President “thanked Mr. Adu Boahen for his strong services to his government since his appointment in 2017 and wished him well in his future endeavors.” 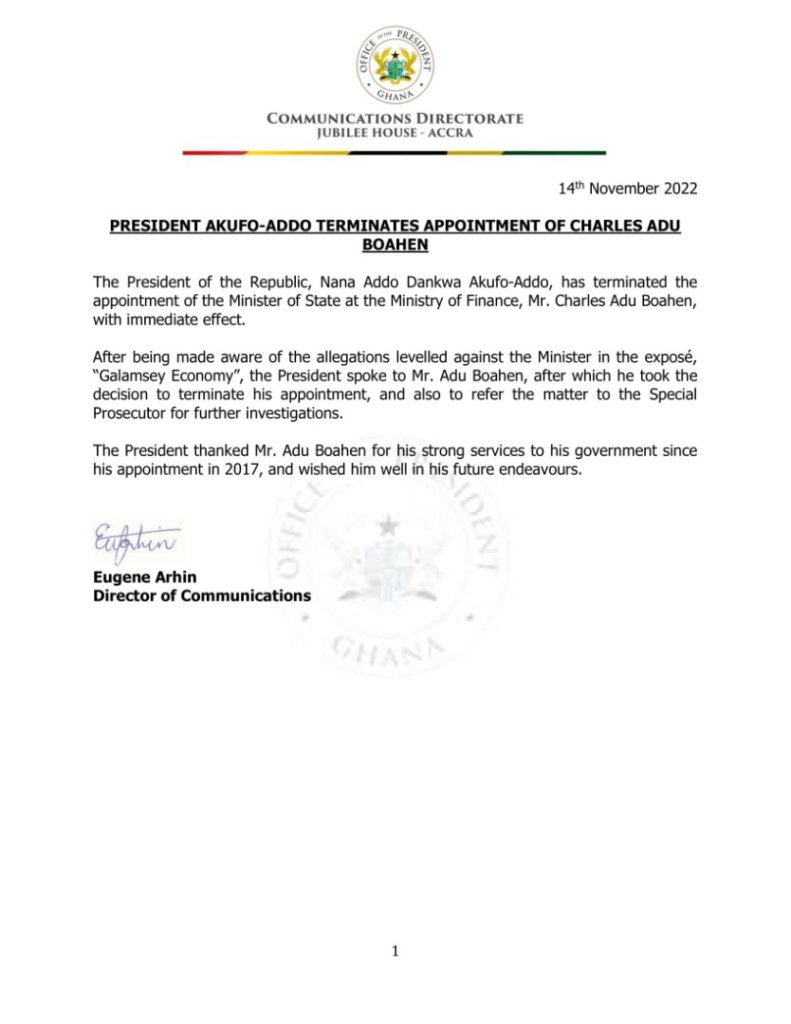 Mr. Adu Boahen is alleged to have told the undercover investigators in the aforementioned documentary by investigative journalist Anas Aremeyaw Anas that Vice President Dr. Mahamudu Bawumia only requires a token payment of $200,000 to make an appearance before meeting with fake investors.

According to the Minister, the Vice President would demand contracts from an investor on behalf of his siblings in order to get their support and influence in starting a firm in Ghana.

“Do you mean, like appearance fees and stuff? I mean he, himself (the Vice President), if you give him some (USD) 200,000 or something as a token, as thank you, appreciation, that’s fine.

“He’s not really, he’s not really (like) that. All he needs is to worry about his campaign money in 2020,” he iterated.

Meanwhile, the Vice President had earlier demanded Mr. Adu Boahen’s resignation in a Facebook post before his appointment was terminated.

To that effect, Dr. Bawumia rejected the accusations and demanded the Minister be fired right away.