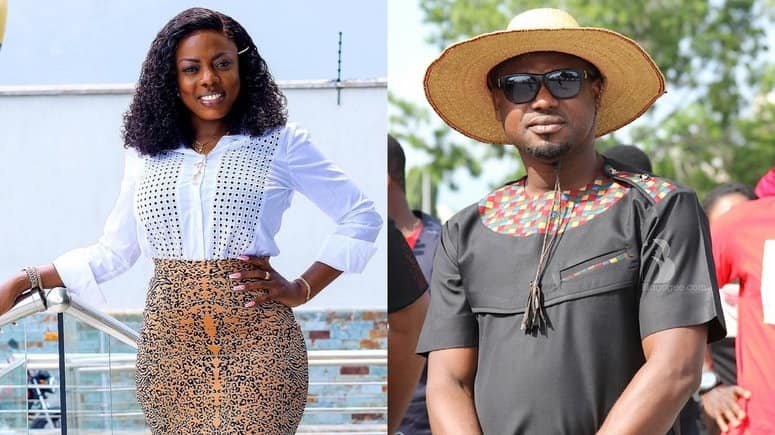 But while everyone was on Cardi B, veteran journalist, Abeiku Santana called out Nana Aba Anamoah for being silent when she was very loud at the time UTV invited Tacha to Ghana last month.

Just minutes after that, Nana Aba and her loyalists on social media descended heavily on Abeiku, asking who he is.

Read Also:  Sefa Finally Reveals What D-Black Does To Them In His Nightclub

This question got Abeiku and his fans riled up with Hon. Mr. Jay telling them that as at the time the seasoned journalist became a national figure, their Nana Aba was still in elementary school waiting at Ghana Telecom phone booth for her baby daddy borga abroad to call her back. 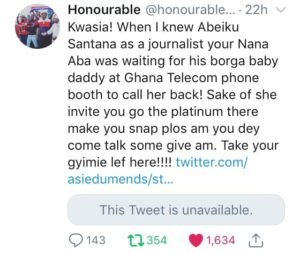 Given Nana Aba’s loudmouth, nobody should expect this altercation to quell anytime soon.