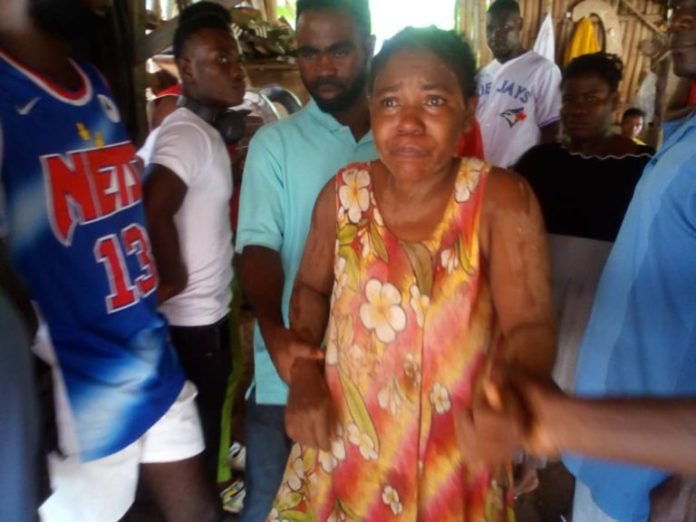 The 29-year-old pregnant woman, who was reported missing in Takoradi on September 16, has been reportedly found at Axim in the Nzema East Municipality.

The victim, Josephine Simons, went on a morning walk from the Amanoo road to the Paa Grant Roundabout as part of her routine exercise on that Thursday and did not return.

A search party was convened after her mother received a call from an unknown person who said they could not use her for what they intended.

During the phone call, the suspects also said they had dumped her somewhere, a close relative told JoyNews.

The relative said she was found on Tuesday, September 21 at Axim and is currently on admission at the Axim Government Hospital.

Meanwhile, the Regional Police Command is yet to confirm if the woman found at Axim is madam Simons.

Already, there appears to be jubilation among the relatives of the woman as pictures suggesting she is the one have gone viral.

Unconfirmed reports indicate that the woman has given birth and the baby has been taken away as she has not shown any sign of pregnancy since.

She is, however, yet to open up about what transpired ahead of her discovery in a bush at Axim by a carpenter.