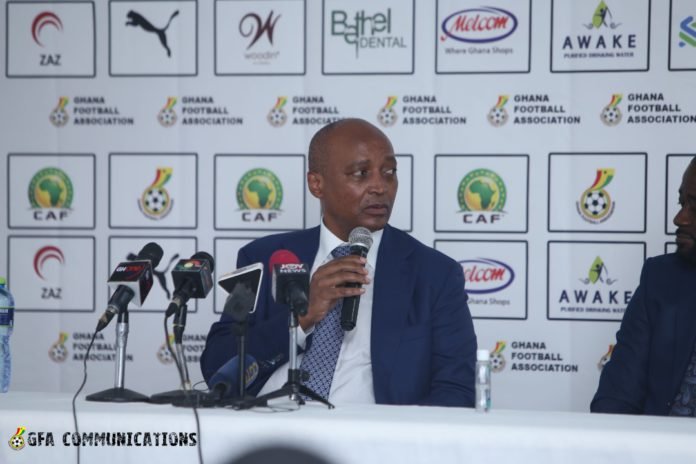 President of the Confederation of African Football (CAF), Patrice Motsepe, has dismissed rumours suggesting that the 2021 Africa Cup of Nations [Afcon] will be called off.

Last week, the European Clubs Association [ECA] confirmed their unwillingness to release players for the competition after a heightening of the risks involved with covid-19.

Following the release of the statement, multiple reports have emerged that the 33rd edition of the tournament will be postponed.

However, the Cameroonian FA and the CAF president are poised to see AFCON kick off on January 9.

According to Motsepe, CAF is committed to oversee a successful organization of the tournament.

“We are very clear in terms of our commitment to make the Afcon a success in Cameroon,” he said.

“I am very confident we will work together with the people of Cameroon who are a proud football nation, who have made Cameroon and Africa proud.

“I am confident that in our meetings we will be able to come out of here and give Africa and give the world the confidence that we have, the commitment to our people in Cameroon and the commitment to the development and growth of football in Africa,” he added.

Share with Friends:
Related Topics:2021 AFCONCAFPatrice Motsepe
Up Next